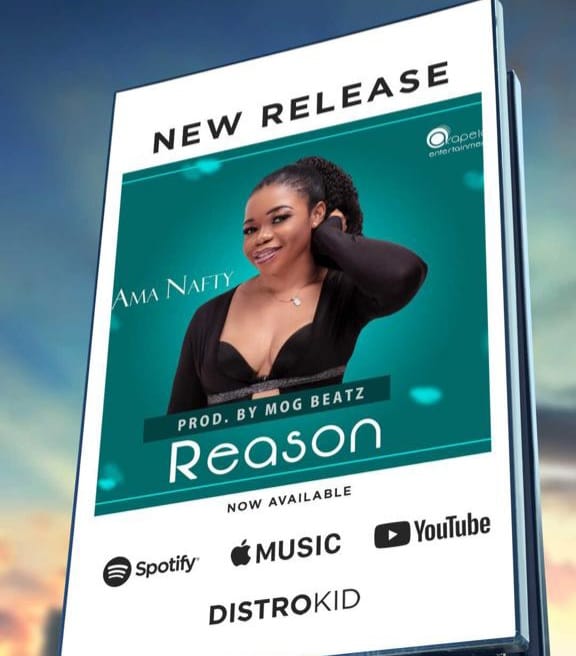 The singer-songwriter from Sunyani the capital town of Bono Region in Ghana has been a prominent figure in the music scene since her inception earlier this year with a song which she featured Fameye dubbed Pizza.

She is known for her vocal range and compelling lyrics. As a result of the string of commercial songs she’s had over the course of the past 6 months, her debut album, “Reason,” has been extremely well received.

‘Reason’ is a 8-track-list body of work with all songs written by Ama Nafty herself. The album is said to be a reflection of her life and Love songs so far and bewitched with songs that are catchy, energetic, and lyrically outstanding.

Ama Nafty Featured couples of acts, Opanka the Rhyme King, Highlife singer Fameye, Pj Sparta from Dubai, Germany base act Katapila and Kooko contributed to the album; they appeared on tracks 2,3,5,6 and 7, respectively. MOG, Dr Ray, Dare Mame, Rayne And Apya Beatz was on the deck.

Nafty’s songwriting skill is on full display in Reason as the Ghanaian musician seamlessly transitions between melodies and glossy beats while maintaining the clarity of her message throughout the 8 tracks Album.

She is signed to Akapela Entertainment owned by Icon Jigi. Nafty is one of the female acts who was endorsed by the late Ebony and has promised to live the dreams of Ebony.