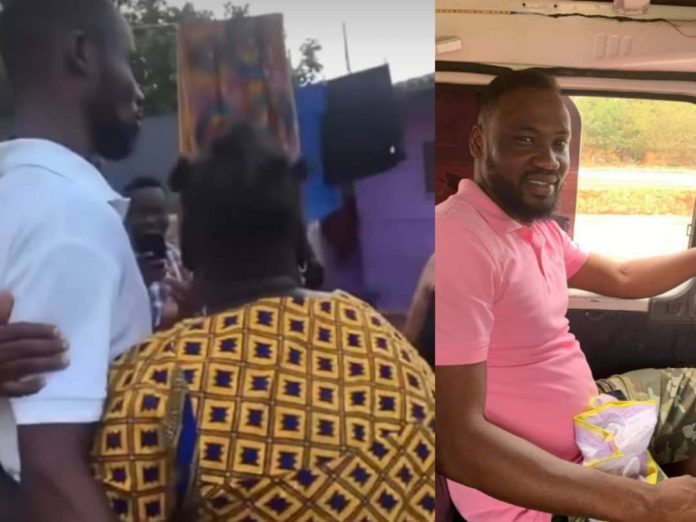 Following a video circulating across social media, a taxi driver returned a sum of GH8,000 to Passenger whom left the said amount in his car.

Apparently the woman board the Taxi on a Friday evening and forgetfully left an amount of Gh8,000 in the taxi. The Taxi Driver found the money the next day in his car and returned it to the women at her home where he dropped her off.

In a video circulating across social media, the woman is said to have been worried throughout the night and is seen in tears of joy as the taxi driver returned the said amount to her in her home.

Social media users has showered praises and kind words on the taxi driver for his kind gesture especially with the current economic hardship in the country.

To add to this, Business mogul and CEO of Salt media group, Ohene Kwame Frimpong has rewarded the taxi driver for his kind gesture by giving him 4,000 cedis and an additional $500 for returning the said amount and also encouraged more people to learn from the Taxi driver’s act.

Dr. Ohene Kwame Frimpong has over over the years supported the less privileged in his community Asante Akim Agogo and recently registered 788 inhabitants of Asante Akim North unto the National Health Insurance Scheme through his Salt Media GH Foundation.

Watch the reaction of the woman as the taxi driver returned her money.