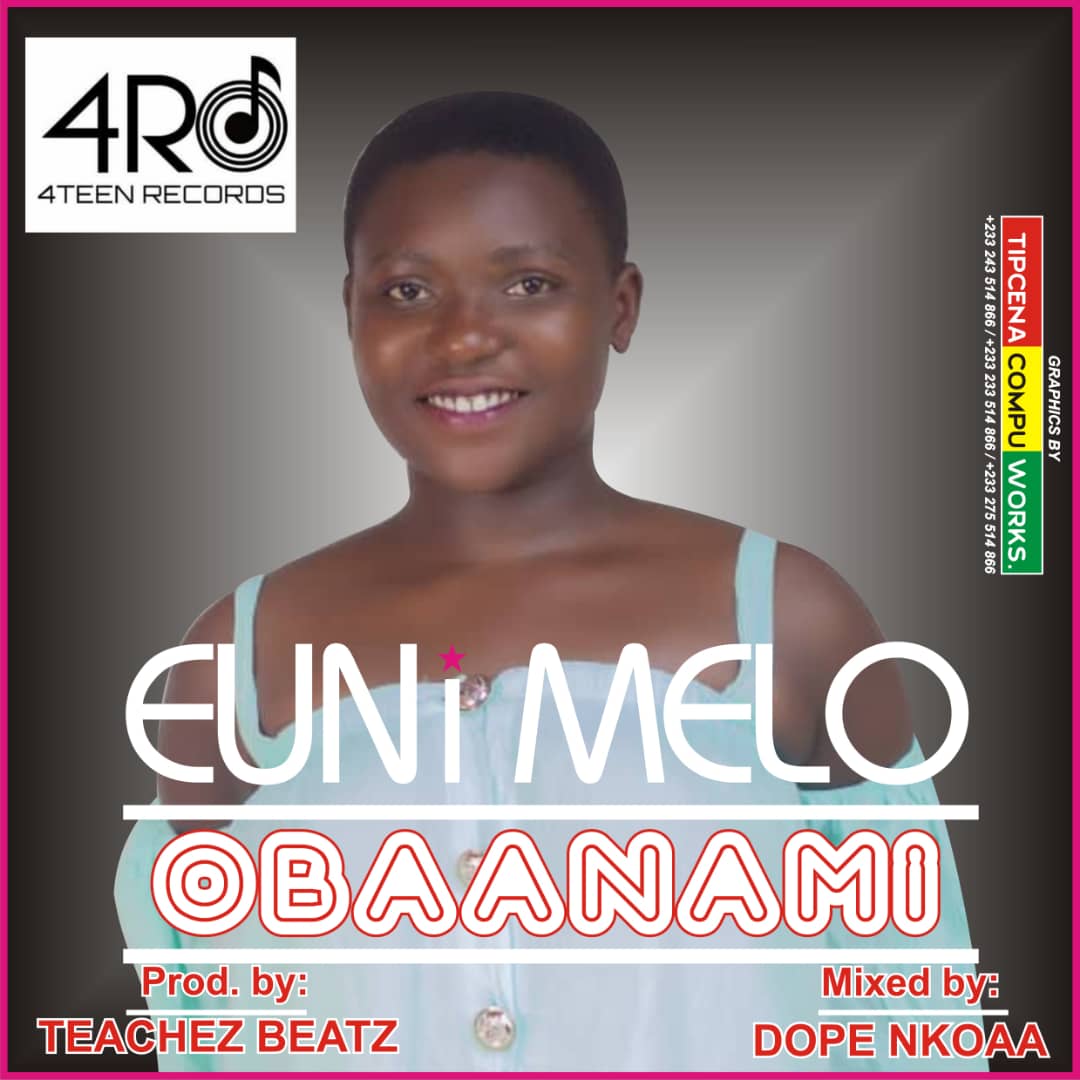 The sensational singer, born Eugenia Laryea and known in showbiz as Euni Melo hails from Danfa in the greater Accra region and currently reside in Teshie a suburb of Accra. Euni begun her music career at very young stages when she was singing in church, her passion for music grew over the years and have transformed from just being a singer to an extraordinary singer.

Beginning her career as Teshie Rihanna, as her Mum named her for being likened to the great Rihanna, to Euniflora and now performing under 4teen records as Euni Melo better defined as Eugenia Melodies. She has a lot to prove in music sense and it’s about time she is unleashed into the music space.

Her versatility is unquestionable because she can do music in many genres very well but her musical strength is in Reggae and Dancehall.

Her new single is an afro dancehall jam titled Obaanami, a song that defines her personality and got message lots of people can relate to. Translated in English “You would see me but wouldn’t recognize me’’ a song Produced by Teachez beatz and mixed by Dopenkoaa made it.

Reason Why Dallerz is in the levels of Sarkodie and Wizkid