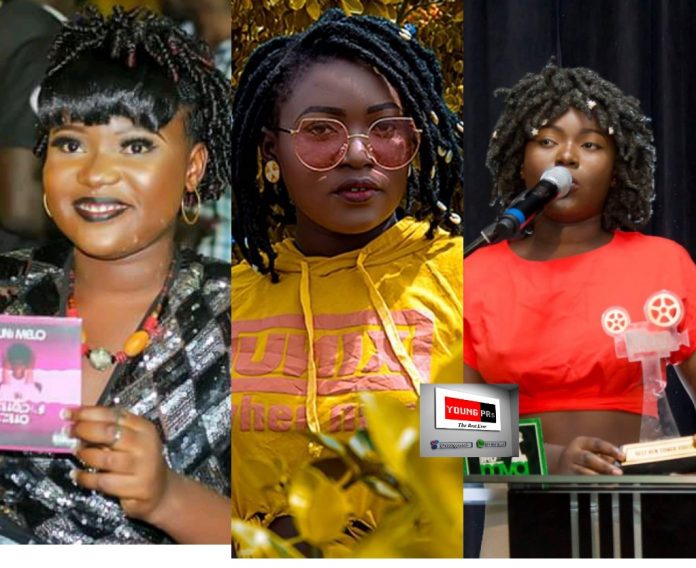 From the capital city of the land of gold , cocoa , Diamond et el , Accra , another phenomenal natural resource has also been discovered and has successfully registered her name among the above listed resources as the only kind of such rare precious jewel.

About two years ago , her discovery was made and it has been history after history , and amazingly epic wonders after wonders ever since.

She exists as the only shinny star of the Ga lands , a rare vessel of music identified as Euni Melo , talent endowed dancehall / reggae songstress representing as the only female act at the GOME. 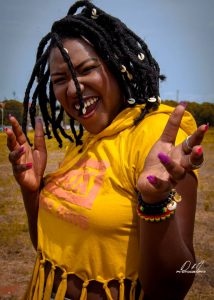 Her inception into the music fraternity was not a usual ordinary move that can be easily written off , when talking about her musical journey.

Rather She had actually announced her presence into the scene not as a beginner but a pro with a major contagious piece which earned her a great number of listenership unlike most upcoming acts because of the weight it carries.

She remain her unique self and improved on every single tune she’s churned out since her debut release “Obanami” as music fanatics and critics
continuously tip her as a leading musical asset of the Ga land and one of the very few Ghanaian female acts serving the industry with music balanced in the right proportion – thus an encouraging percentage of culture depicting lyrics blend with a Dancehall / reggae content at its purest best coupled with educational and informative based themes.

She built from there a listener worthy catalogue of musical pieces like Promise Ring , Rude Gyal , Tight Forever featuring Kurtis Yardie , Go Pii Go , Middle Finger et el and a maiden joy evoking album “Melodies To Melo” which remains very much alive as though it has just been released days ago.

Her maiden album gave her her first trend on Ghanaian Twitter space at number 2 and number 4 at worldwide , in less than 24 hours of its released.

Euni Melo’s extreme consistency and pro craftsmanship she exhibits in her music earned her maiden awards nomination at the GOME awards 2019 which later resulted a win of her first award at the end of the grand event.

She has also won couple of awards at the maiden edition of stars Awards 20 and Emerging Music Awards 2019.

The PPP Records signed act also staged her first ever individual concert on the night of her maiden “Melodies To Melo” album launch tagged Melodies Concert in October 2020.

Her strive for Serving soul piercing music never stops , Euni Melo has also struck an international collab with Sammy Dublin and ridden on couple of international riddims noticeable among them is the forthcoming “Cool Pro Royal Riddim” engineered by A Holland -based Dutch music producer.

She is currently working tirelessly to churned a mini album which contains an overwhelming quality of songs in terms of both lyrics and productions and also a world music market friendly , caption “Africa Dancehall Queen EP”. 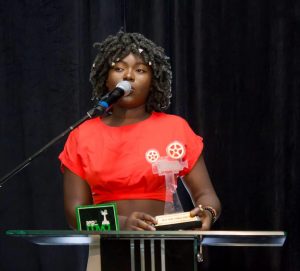 An attempt to draw the attention of music lovers to the numerous music from dancehall acts unnoticed to them.

Sit and wait for the revolution in the female dancehall fraternity at the birth of this EP.

Euni Melo remains the only female act at the GOME pulling all these great strides based on the above observations and more made about her by the media and music fanatics.