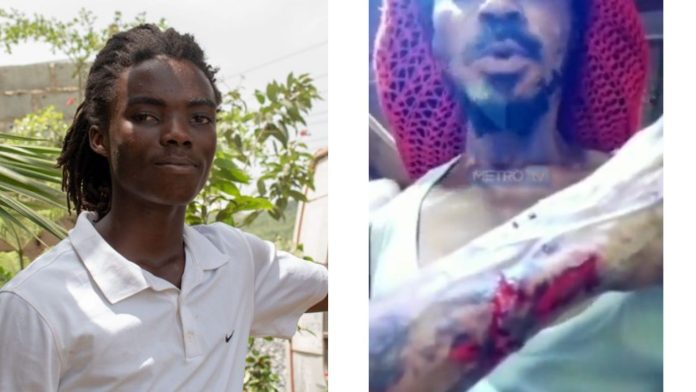 According to Mr Marghuy, he has been receiving all forms of physical abuse from his son, and now, he is telling the world about it.

Tyrone Marghuy became popular after he and one other guy were refused admission by Achimota School because of their hair (Rasta).

In a video posted online, Mr Marghuy explained that Tyrone had damaged his younger sister’s tablet, which led to an argument.

Tyrone and his sister had planned to take the tablet to the repairer and when he went in to step in, Tyrone unplugged the charger of the tablet and beat him up.

Mr Marghuy says this is not the first time Tyrone has physically abused him, he’s been doing it for years and his mother tolerates it.