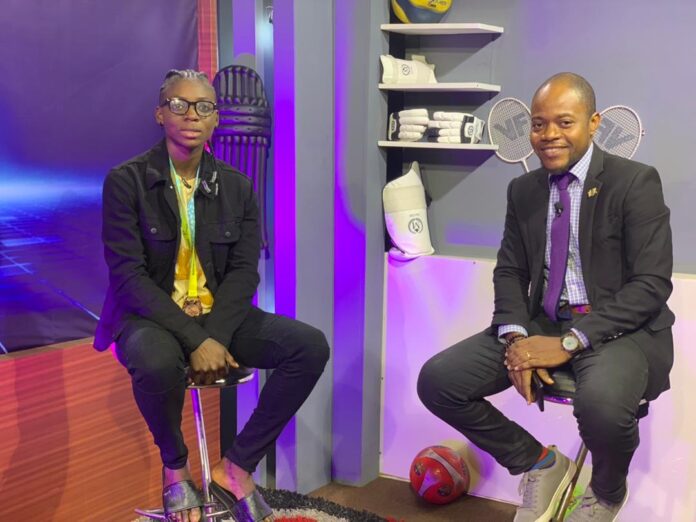 Ghana’s very own Deborah Acquah was Born on the 23rd of May in the year 1996 and from the scratch in career commencement as a long jump athlete, the proud younger has competed at world championships, most recently at the 2019 African Games in Rabat in Morocco. Deborah happens to be the current holder of Ghana’s indoor long and triple jump records.

In an interview with the record holder yesterday, the 17th of August,2022, Deborah spoke about her early life with popular sports journalist Joel Acheampong on Ctv’s flagship sports show dubbed Sports Spectrum.

Acquah made it known that she had her secondary school education at Fiaseman Senior High School and continued at the Western Texas College. Currently. She is having her college education at Texas A&M University.

Deborah highlighted the glory from the start of her career as follows. In August 2019, she competed at the 2019 African Games in Rabat and won a silver medal for Ghana with a jump of 6.37 m in the Women’s Long Jump. She also competed in the NCAA Division 1 Championships in Austin, Texas and won a bronze in the women’s long jump.In January 2020, her 21 foot six inch long jump broke a 22 year school record by four inches at the Ted Nelson Invitational. In February 2020, she broke the Texas A&M triple jump record to win first place at the Charlie Thomas Invitational.

Deborah Acquah happens to be the new sensation on the Ghanaian media front as she has glorified the Motherland with her new record as the first female long jumper to win a bronze medal for Ghana after getting the third place in long jump at the commonwealth games. 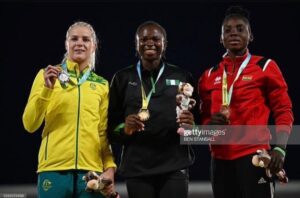 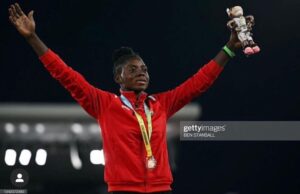 In other matters, host Joel Acheampong questioned the athlete on her take regarding the speculations on the media front that meant that she wasn’t given the appropriate attention on arrival at the Kotoka International Airport with the boxers that joined the commonwealth games. Deborah then recounted the exact incident that transpired saying “upon arrival, i had to hand over my luggages to someone and visit the washroom and so the attention was drawn to the boxers so this is what happened”

Speaking on her aspirations, Deborah Acquah made it known that she is making preparations to assist other women interested in her choice of athletics to be like her as this will help bring more competition into the system.