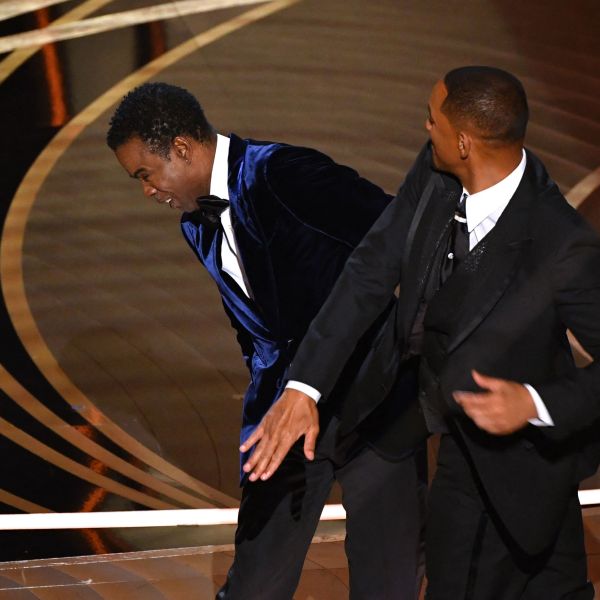 At the 94th Academy Awards, Will Smith got upset with Chris Rock as he made an unsavory comment, intended as a joke, towards Jada Pinkett Smith. Will walked up to the stage and slapped Chris.

The 94th Academy Awards had the audience shocked as actors Will Smith and Chris Rock had an unscripted on-stage altercation. As Chris Rock took the Oscars stage to present the best documentary award, the comedian made a joke about the actor’s wife, actor Jada Pinkett Smith. While Will laughed a bit in the beginning, Jada was seen rolling her eyes. Soon after, Will went up to the stage and slapped Chris on the face.
“Javier Bardem and his wife are both nominated. Now, if she loses, he can’t win,” Rock started his piece, adding, “He is praying that Will Smith wins, like, please, lord. Jada, I love you. ‘G.I. Jane 2,’ can’t wait to see it, all right?” As the joke received a tepid response, Rock added: “That was a nice one!”

Jada has previously opened up about being diagnosed with alopecia, a hair loss condition. She first opened up about it in 2018, and has since spoken up about her challenges of living with the condition on social media. She had said she had decided to cut her hair short after handfuls of it came out in the shower. “It was one of those times in my life where I was literally shaking in fear. That’s why I cut my hair, and why I continue to cut it,” she had said. It is an autoimmune disorder that impacts the hair follicles, resulting in both bald spots and hair loss.

After Will slapped Chris, the entire auditorium went silent for a few seconds, Will came back to his seat and shouted, “Keep my wife’s name out of your (expletive) mouth.” Even though there was no mic on Will, his audio was clearly audible. At the end of the exchange, Chris said, “That was the greatest night in the history of television.”

Soon after this, Will won his first Oscar. He won Best Actor for his performance in King Richard. In his acceptance speech, Will apologised to the Academy and spoke about the importance of family in his life. He said, “I wanna apologize to the Academy… to all my fellow nominees. … Art imitates life, I look like the crazy father! … Love will make you do crazy things.” Will plays Richard Williams, father to tennis stars Serena and Venus Williams in the film. 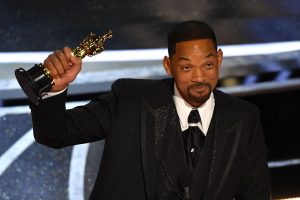