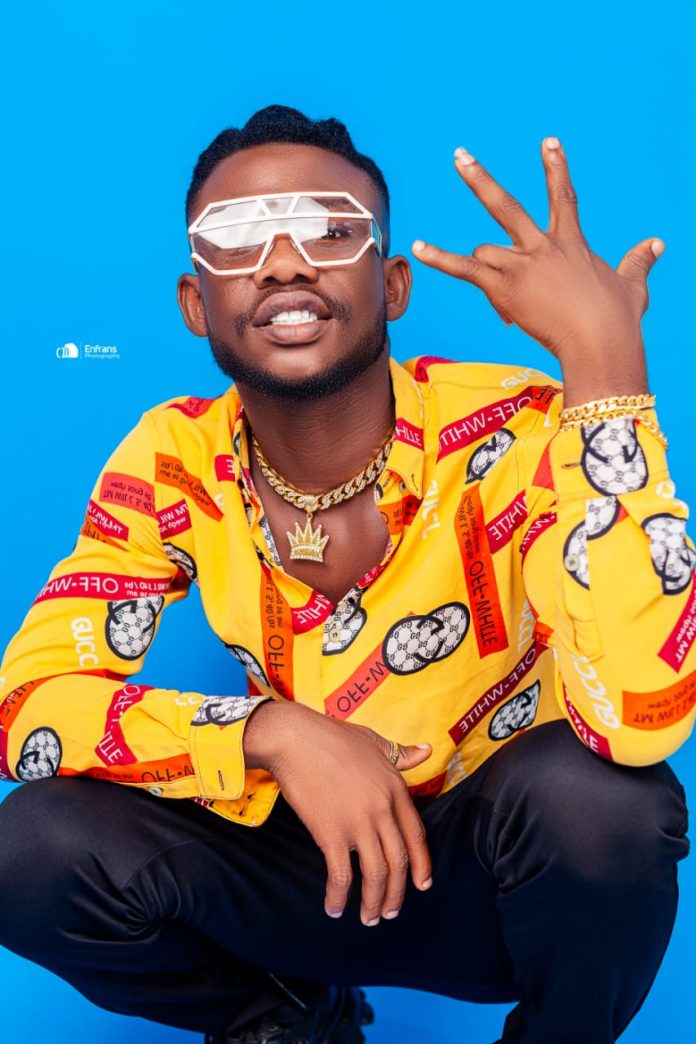 Dancehall Artiste Kay Mena has set set the record straight for his competitors who see him as a threat.

According to him, a freestyle he dropped just las week as created some form of tension among his peers and he is overwhelmed with the support and reach over the shortest possible time.

Kay Mena outlined his abilities as a multitalented artiste who is best at playing the guitar whiles his competitors shouts on beats.

“People may have their own expectations from me but i set my own standards and the past few weeks have been a very genuine example of my abilities.
Just a freestyle video have brought lots of tension on my competitors.
Hahaha.” 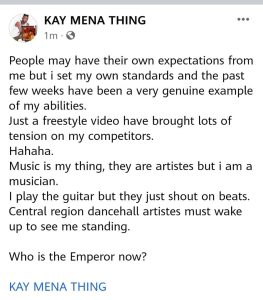 The talented performer has over the years grown his popularity within his community and has released series of good songs which is growing his popularity into the mainstream media.

Kay Mena who is poised of becoming a successful dancehall artiste, says he fits in the league of elites and promising to do better than his predecessors (Stonebwoy, Samini and Shatta wale).