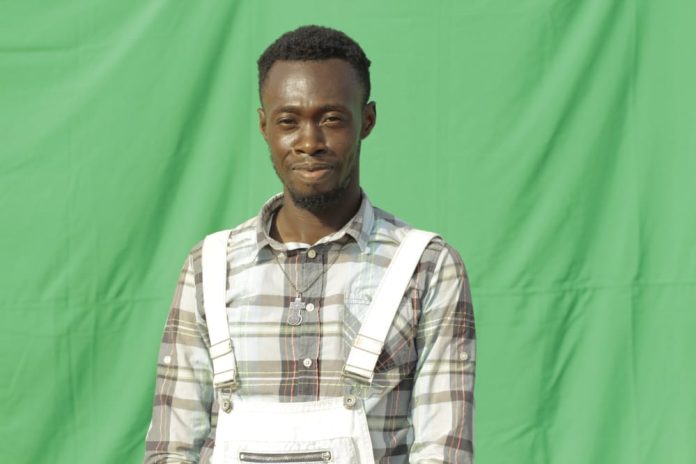 Fastest rising Ghanaian Actor Bismark – Alvin Agya Mebi Ntimonesi best known in showbiz as Bismark Alvin is one of the few young actors who has kept their relevance intact and working so hard to project a positive brand and to contribute his quota in the development of the creative art industry and being recognised by the international world.

The 27 year old actor being the first born of his parents started his basic education from Borae No 2 primary A and Borae Ahenfie primary school in the krachi West District of the oti region and continued his junior high education at the Ebenezer preparatory international school in Dambai where he completed in 2010.

He then moved to Krachi Senior high school where he had his secondary education and completed in 2013.

He then furthered at the Dambai college of education to attain his teaching certificate to become a professional teacher. He has been a teacher till date and has contributed to the lives of many individuals who became his students. Having the desire to pursue his acting career, Bismark Alvin joined some great production houses in order to achieve his dream on becoming a Actor.

His professional acting career begun in February 2018 and has been on the journey till date. Being discovered by Philip Pratt of Jaguar Films has created the platform for him to explore and built contact with a whole lot of entertainers both locally and internationally.

He has featured in popular comedy skit alongside Amankwa Trump and has been casted in some popular TV series ( Silent waves, region of the gods, Birds of paradise, Till sunset) among others.

Having an exclusive interview with him on his journey, he expressed his gratitude to all those who helped in finding his feet on the ground and shaped his career and looking forward to doing his best and also have his breakthrough in Hollywood.

“I actually started as a dancer in Senior high and College of education representing my hall and school but the acting came along and had to grab the opportunity, he said.”

When asked about the challenges he faces as a teacher and an actor, he revealed that it was very challenging and conflicting so had to sacrifice one for the other.

“It was very difficult combining both teaching and acting. I had to choose between the two so I chose acting over teaching”.

“I lost two major acting roles because of teaching” he said.

Moving forward, Bismark Alvin is looking forward to working with international productions and becoming one of the great Ghanaian export and be recognized globally.

Bismarck can be followed across all social media handles using Bismark Alvin Ntimonesi
Or can be reached for casting through +233247411179.