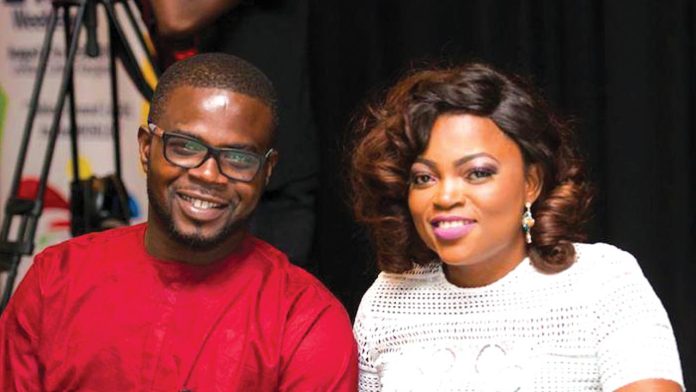 Nigerian songwriter, rapper, record and television producer, Abdulrasheed Bello known professionally as Skillz or JJC Skillz has announced his separation from his wife, actress Funke “Jennifer” Akindele.
JJC Skillz made the announcement on Thursday, June 30 via an Instagram post.

“Dear Friends and family I need to let you know that Funke and I have separated. While it lasted we shared a lot of things together and have created 2 beautiful children,” he wrote.

According to him, their marriage has not been all roses for the past two years, and although he has tried his best to fix things, Funke insists  he leaves their matrimonial home. 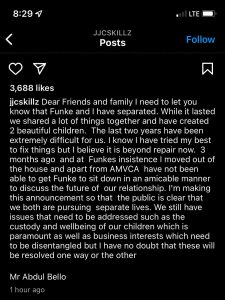