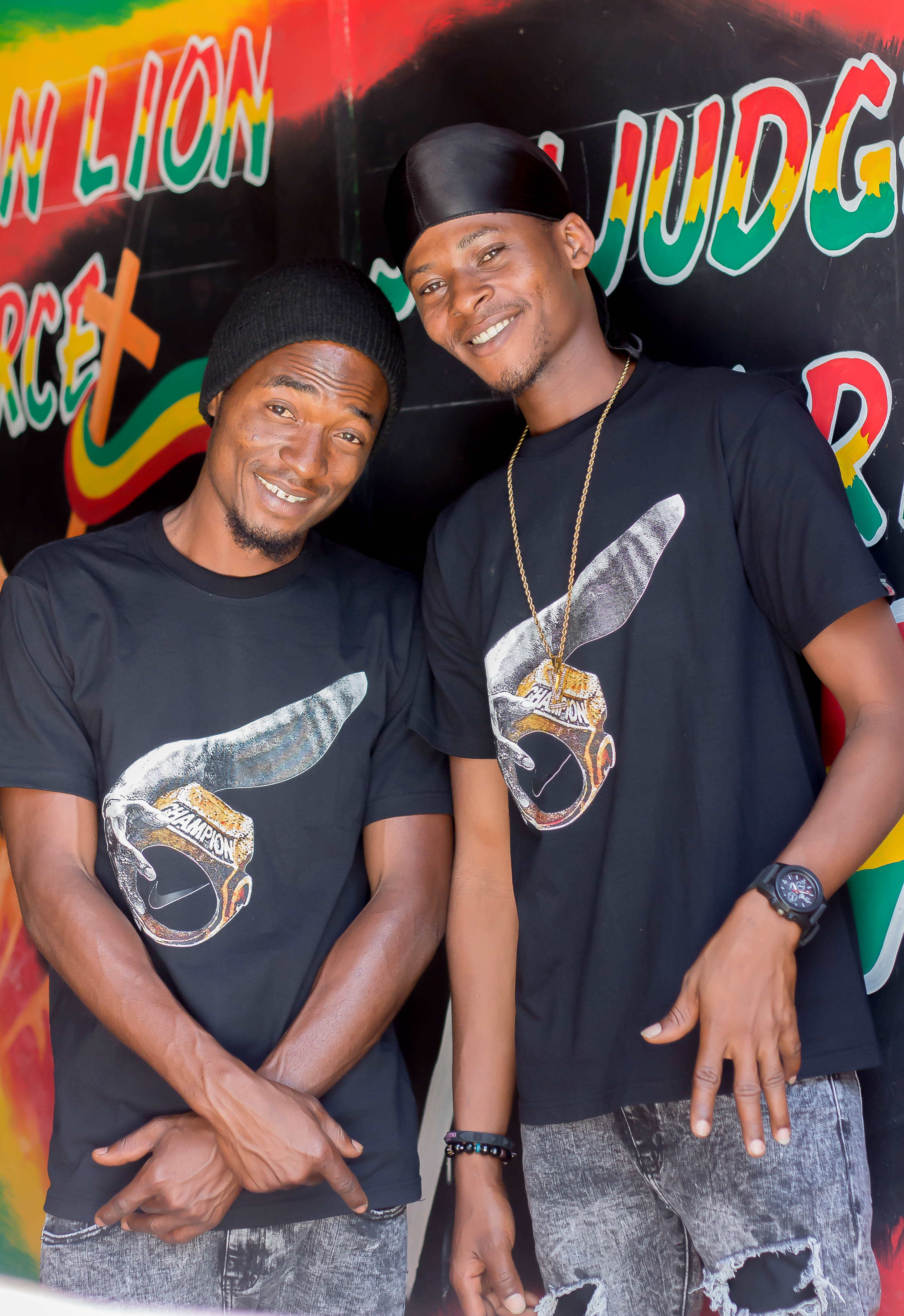 Music groups have been part of our music industry since Early days of our music history, the most popular ones we can recall include the Lumba brothers, Buk Bak, 4×4, VIP now VVIP, Asase Aban, Nkasei, Nananom, R2bees, Praye, Echo and many others.
Music groups are very rare in recent days due to some challenges we have witnessed that cause divisions among certain groups like the case of 4×4, Wutah, Dobble and some few others, sometimes we wonder if any group can pop up and stay United forever? May be Dope Nation being twin siblings can make an exception or maybe Gallaxy who have been around for a while can also be but for today our focus is on the newest group in Ghana music called BnF Music. BnF Music comprises two key acts named BERNIE BEAR DE  BANTON who specializes in singing and Reggae Dancehall Born Wadie Kwasi Benjamin but  NOW  CHANGED TO  ( BURNIT ) as a one half of BnF Music he is currently 25 years old and hails from Kwahu Mpreaso in them Eastern Region of Ghana. Burnit currently resides in Tema and he begun basic education at Atibie Methodist Primary and J.H.S. From there he moved to  PRESECO Senior High at Sunyani B/A.
Burnit started his music career at age 16 taking inspiration from artistes like Mugeez, Samini, Stonebwoy, PICOSHANTI AND WANAKORAH. He said they made him understand what music meant.
Performing in his early career as a Solo act, Bernie bear now Burnit decided to invite his brother Futuristic to build a new group called BnF Music, a group that was created in 2019, with an aim to bring back cultural music in different styles, he said. The other half of the group is Garbah Prince Osman popularly known in music as Futuristic. He is also 26 years old and come from Eastern Region, Koforidua to be precise. He currently reside in Tema and studied at Normal Technical School in Koforidua. “Music is my gifted thing from God to me, since I was a kid I always sang in school during entertainment and other extra curricular activities, so I chose music as my career. I give thanks to God for making everything great in my music life, that is what get me inspired!!!????” – Futuristic said.
Futuristic is also a singer and a rapper who adds up as the other member of the BnF Music group.
There is more these duo have in them that the world must know , it’s very important they are accepted and supported till they hit higher like many other groups could achieve from Ghana.
Would they be the new Rough and Smooth or the new 4×4 or may be the new sensation by name BnF Music?
Time would tell.
Source Pimpim Police