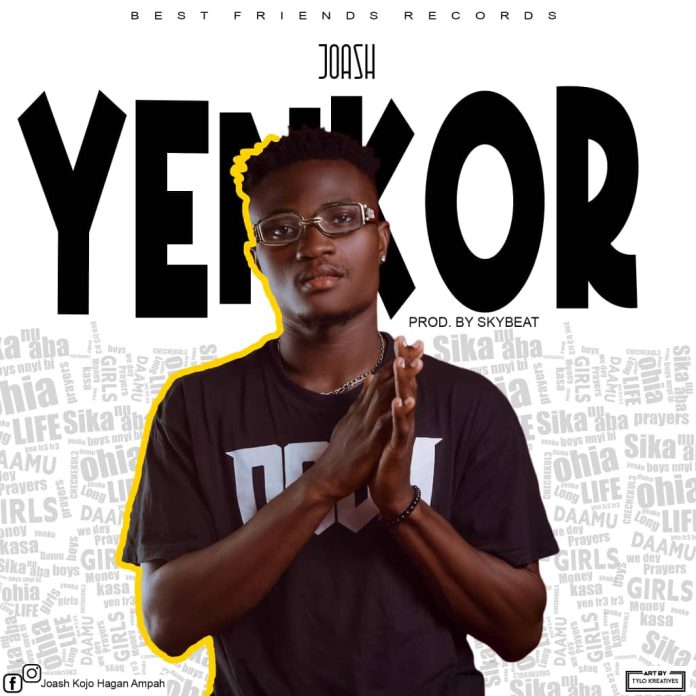 Interestingly the newly and dangerous path created by the exposure of a Ghanaian youth to social media is the act of worshipping, respecting and following whatever word that comes from affluent people on social for recognition and clout.

Joash, a Tema based sensational Afro-Pop artiste has stated on his new project which drops on the 16th of this month that indeed money make stupid things sound right. The singer believes wisdom respect and love has been replaced with money in today’s era.

Get rich and be awarded as the wisest and gain maximum respect has become the norm of this generation. And this has made a lot have zero neglect for the dirty things they do for money. Because they have realized all that matters is money since it can buy respect and wisdom.

NB : Joash yenkor produced by Skybeat  would be available on all streaming platforms on the 16th of this month.