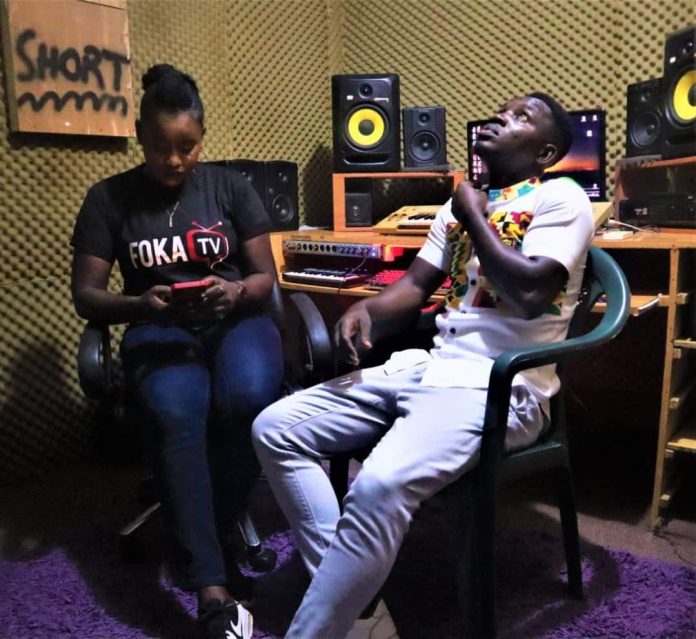 Mothers are really special and they play very significant roles in our lives. It feels good and blessed to see your mother always by your side, but a lot of people loses such priceless jewelry along the way. Only few people get the chance to spend time with their beloved mother and Ras General is excluded.

Ghanaian multiple nominated Broadcast Journalist, Blogger and Promoter, Emmanuel Amoah popularly known in showbiz as Ras General had the chance to share his life-touching story on ‘Journey Of Life’ show with Debbielyn Jackson on FOKA TV to encourage and inspire others and he made shocking revelations about his life .

According to Ras General, he lost his mother when he was only three months old. He couldn’t even had the chance to feel his mother’s love due to an unforseen circumstances beyond human control.

“My life has always been a mystery since childhood!!!! After my mother died, it was my grandmother who took care of me. Grandmother was soo good that i can’t remember a day in my life that made me missed mom. Grandma played the role of mom until one day, the unexpected happened….!!
That day, Grandma went with me to Mankessim, one of Central Region’s biggest market center to trade and met a good samaritan customer she(Grandma) has been calling her ‘my daughter’ because the woman looks exactly like my mom.This woman after seeing me, decided to take me to her house and that was where all life started again.” Ras General narrated.

“The same woman took me through school from Primary, Junior High, to Senior High, but unfortunately met her untimely death and life had to go on for God’s mission to be fulfilled. We still have good people in the world so in case you get in touch with one, just humble yourself and God in his own way will use them to elevate you”
He added.