Inception of two heavy professionally crafted Reggae tunes into the music scene by two well known Ghanaian female acts has thrown social media into unending debates since these songs have been released.

“Sheriff” and “Seasons” like I stated earlier , are two giant reggae records the Ghanaian music industry has witnessed from her female acts in 2020 and the reggae fraternity will be greatly proud of them.

Mzvee’s Sheriff was actually enjoying the airwaves , Television airing and applauds from music fanatics for its Exceptional lyrics , concept , the zeal in her vocal and the standard of the whole production until Euni Melo came through with equally stunning reggae tune “Seasons” , which everybody referred to as a tough competition regarding the international Music taste it is spiced with.

And since one couldn’t be chosen over the other , these two reggae songs have been moving hand-in-hand and remains chart topping buzz but let’s see which leads in the coming days or weeks.

So far Euni Melo’s “Seasons” and Mzvee’s “Sherrif” per the classic standard of the whole production and work inputs remains unbeatable reggae records of 2020 in the Ghanaians music industry if critics and music fans will be fair to these great female acts. 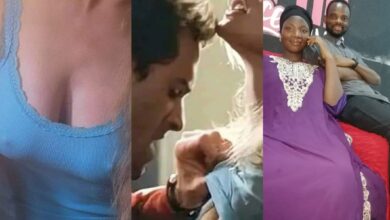