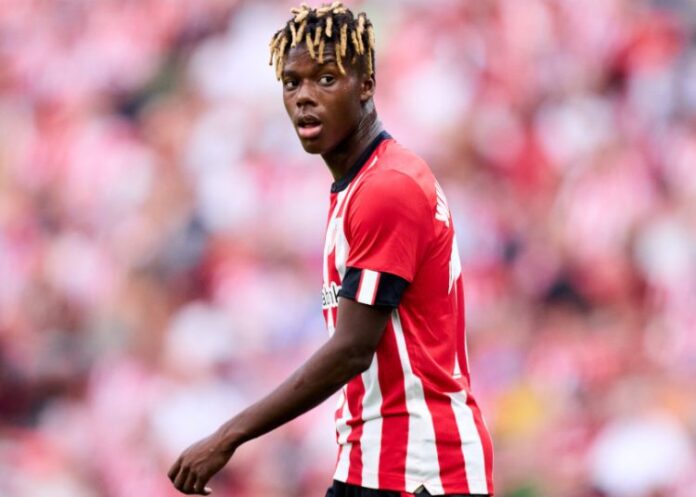 Head Coach of the Spanish National Team, Luis Enrique has rejected claims that Nico Williams’ debut call-up is to stop him from featuring for Ghana.

Nico’s older brother, Iñaki, recently switched nationality to play for the Black Stars, after making a single appearance for Spain in 2016.

There was speculation that Nico who is 20 was possibly considering playing for the four-time AFCON Champions, who have qualified for the 2022 FIFA World Cup in Qatar.

Defending his Nico Williams invitation to La Roja, Luis Enrique said as quoted by the British newspaper, the Guardian:

“I’m not doing this to stop from him going with Ghana; he’s young and a very interesting player.

“He’s playing more often with Athletic now. He’s progressing wonderfully. I like him enormously. We’ve had him in the junior squad and have been following him for a long time. I reckon the family will be delighted: imagine the party if they both go to the World Cup. And they reach the final, well, that would be the absolute business.”

Mathias Pogba has released ‘long-awaited revelations’ about his brother Paul