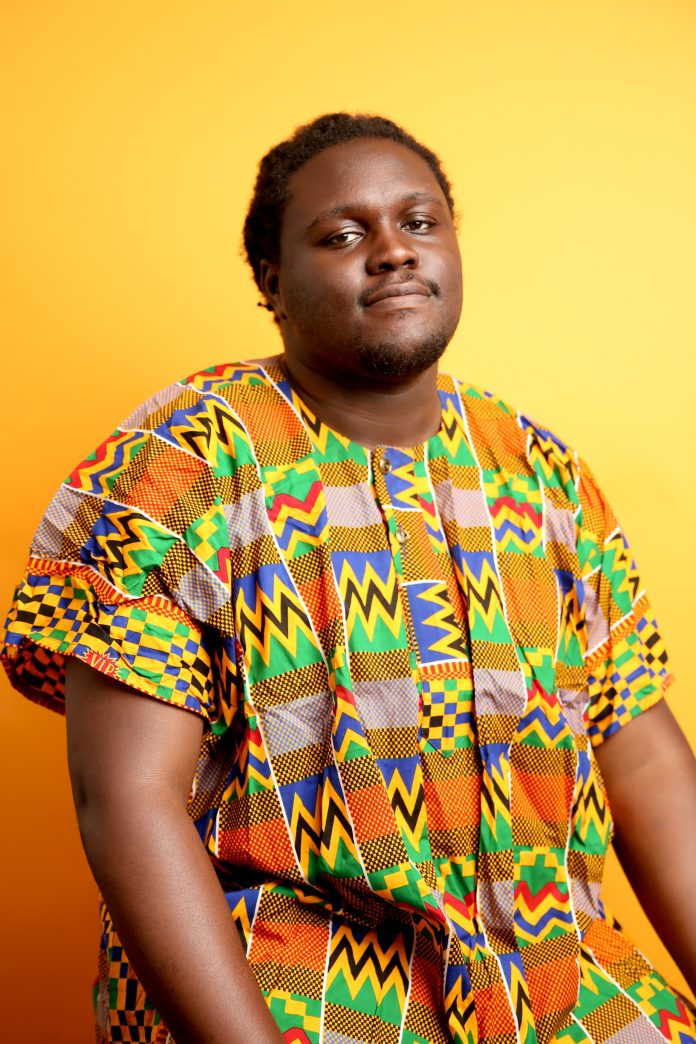 Fast rising Ghanaian Hip-Life artist Obofour Raphael is charging women to avoid abusive relationships. He is urging them to avoid such relationships at all cost even if they have children with their partners. .For him their lives also matter. “Women who are in abusive relationships must act fast and act now; it is not worth it, staying in an abuse relationship that could end in your death eventually doesn’t make any sense at all.

Speaking to RKMG publicist, Zayabingi, on the back of his yet to be released single OBAA, which literally means ‘WOMAN’ in the Ghanaian Akan language, Obofour Raphael says he is saddened by the increase in domestic violence and abuse against women around the world and particularly on the African continent citing the case of the recent murder of a popular Nigerian gospel music icon, Osinachi Nwachukwu, by his husband.

He bemoaned the fact that Osinachi chose to endure the abuse until her untimely death. Justice for Osinachi, he said. No women should go through that. The song OBAA according to Obofour Raphael is a tribute to Osinachi and a caution against all forms of abuse against women, urging men who are abusive to women to desist from the practice or at best leave the women alone.

“It seems there is no way we can put a stop to it, but still we have to put out messages like this so that it can wake people up. It is just a call-up to the men that if you don’t love your partner just leave her alone. And someone will take care of her or she will be fine because after all she is someone’s child too, she belongs to someone, and you should respect other women the same way you respect your mum”, he said.

Osinachi Nwachukwu achieved popularity through the single “Ekwueme” featuring Prospa Ochimana. Her death was alleged to be as a result of domestic violence. Her husband, Peter Nwachukwu, was arrested in connection with her death. He has since been sentenced and charged with homicide, which is punishable with death.

Obofour Raphael said this is happening globally, citing the case of now divorced American actor Johnny Depp who is currently is a legal battle with ex-wife Amber Heard. Listening to the song OBAA by Obofour Raphael ones can easily discern the way he abhors the act of violence against women as verse after verse he keeps admonishing men who engage in the act, urging them to leave the innocent women alone.

Obofour Raphael says he was inspired to write and produce the song OBAA from the works of legendary Ghanaian musician Reggie Rockstone, the originator of the Hip-Life genre in Ghana who was the first artist to produce songs that evoke social issues like domestic violence.
OBAA, is the first single on a 7-track EP which will soon be available on every digital platforms including Amazon, Spotify and Apple Music. The song was produced by legendary Ghanaian music producer Zapp Mallet.

On his musical career he says the journey hasn’t been easy but rough and smooth. This is true as an independent artist, he says. “After doing active music and recording for almost two decade it has never been easy”.

He is currently working on the 7-track EP to pave way for his debut studio album. A decade from now he hopes to achieve stardom as an international act where his music will reach the far corners of the world.

He gets inspiration from daily activities like interactions with people, his experiences, and also he listens wide, listening to all types of music around the world brings out the best in him. He singles out Jazz as his topmost go-to inspiration deck. For him music should also not always be about romance and guns and money. It should address social issues more than anything else.

Currently living and working in the UK, he says to succeed in that market as a musician, an artist must know his style and target audience, as well as your fan base you create for yourself, because the market there is wide and open. He is looking forward to play at festival which requires all artists to be able to play with live bands- that is the surest way to break into the local market and get the recognition need to build a brand.

Poking his thought on the music scene in Ghana, he said there should be consistency with the kind of sound Ghanaian music artists do to give the industry an identity. “We keep losing it as always, we need to be consistent with our sounds in order to have an identity as Ghanaians.

Obofour Raphael said he is currently open for promotion and hoping to play at a few festivals in the UK, Europe and global. “Whatever that you bring to the table, once the promotion is authentic, and the song is good to their liken, the market here I believe will support it. I have done a couple of promotions that people from Uganda, Togo, and Eastern African countries they appreciate our music. So far as the music is authentic they are going to support it.

On his upcoming works he says he has about four (4) studio albums pending, whilst he sorts out all his body of work after releasing series of singles.

Obofuor Raphael, real name Silvanus Raphael Oduro Dickson is a Ghanaian born in the Lombardy region of Italy, Brescia. He was raised in Dansoman, Accra, where his music career started. He began his primary education at Ave Maria School and his secondary education at Opoku Ware Secondary School. He discovered his talent as a rapper at a tender age and often engaged himself in rap battles.

He formed his first group then called “Akasafour” which literally means (Communicators) with his elder brother and recorded his first demo tape in 2003. They went their separate ways because at a point his brother gave up on music whiles he chose carry on the mantle because of his passion for music.