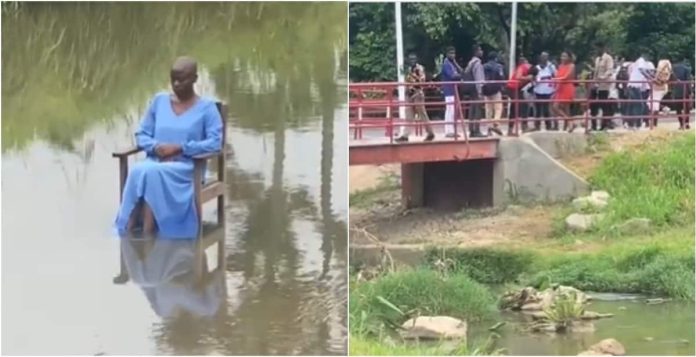 In a video sighted on Maame Grace’s timeline, Confusion rocked KNUST campus as students sighted a lady dressed in a blue overall with no hair in their campus river Bibini.

After six hours of remaining still in the river, the confusion around the unprecedented event was finally cleared by Maame Grace.
On her timeline she posted 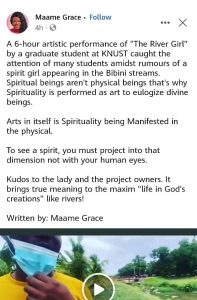 According to reports gathered, the display demonstrated as a lady in the photo sighted and believed to be a river goddess is a post graduate student in the school and the stunt was an artwork.

She revealed that the stunt was part of a project undertaken by some post graduate students of KNUST.

“This girl sitting in the Bibini River KNUST for about 6 hours is not there to scare any student but it’s an artistic part of a project for some post graduate students,” Voice of KNUST.

Many of the students are yet to recover from the effects of the incident.