He revealed that it is the desire of every upcoming artiste to shoot into the limelight or national music scene with his music and make some cool cash out of hi/her talent but it doesn’t end there. 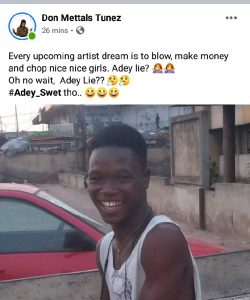 The Odo Dokodoko crooner also said , their fantasies do not end with only the fame and money but to screw some pretty damsels with their fame as well.

According to Don Mettal , these are the three major things the upcoming acts aim at on their music journey. 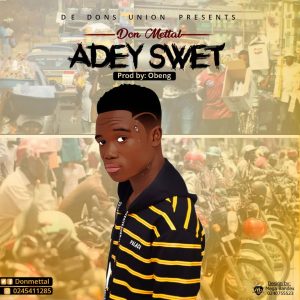