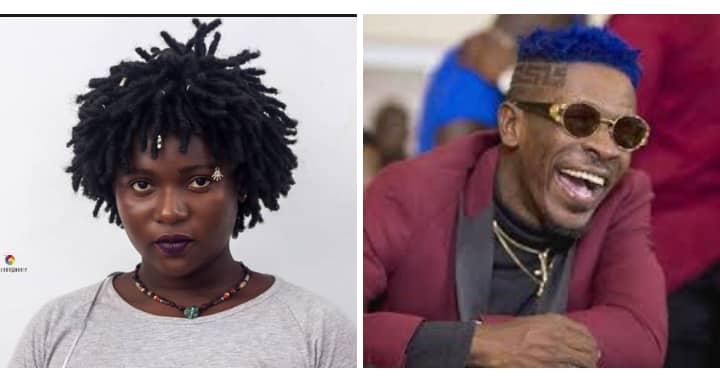 Ghanaian hottest and controversial female dancehall artiste , Euni Melo has shed lights on a potential of the Senior comrade and the Shatta Movement Boss , Shatta Wale which I guess no one is privy to.

The “promise ring” crooner stated in a social media post that the “Melissa” singer has the ability to bring forth Stars and even superstars in less than 24hours.

She further clarified that it is not a mere or baseless statement she has made but based a historical event she has witnessed, organised by the award winning dancehall artiste, Shatta Wale. Which is his recent Wonder Album , A huge success and most talk about Ghanaian artiste-organized event of The Year so far.

The Wonder Boy Album by Shatta Wale launching event has a record of an over-attendance by spectators filling the fantasy Dome with lot of music fanatics left outside the auditorium.

Euni Melo , a fast budding dancehall sensation has made it clear that based on this significant event she witnessed from the Shatta Wale, she believes he is capable of bringing out stars in just day.