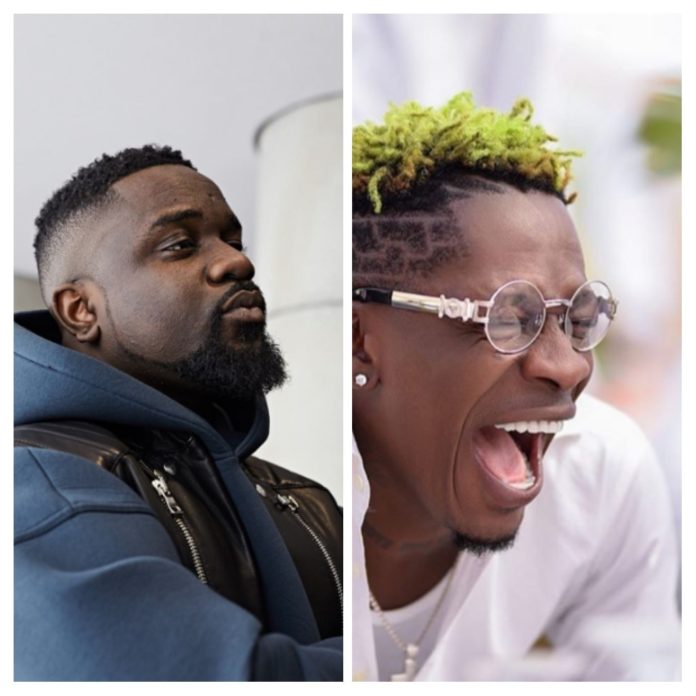 Dancehall artiste Shattawale is currently the happiest man on earth as his dream of frustrating the Vodafone Ghana Music Awards has been fulfilled.

Shattawale in a video circulating on Instagram was heard praising Corona Virus the pandemic which is spreading so fast across the world killing a lot of people with Ghana recording over 200 cases. He further described the outbreak as a Divine plan of God.

Calling sarkodie a child he was heard saying his fellow musician has ”no sense” because he should have been donating food item’s and money to the poor instead of beefing people in this trying time..

Taking it to a different level he asked the ”saara” hit maker if president would be happy seeing ”celebrities” on Twitter beefing each other .

The ”my level” hit maker later Praised God, saying most artistes were happy about VGMA banning himself and enemy-turned-friend Stonebwoy but now Corona virus has banned everyone including the event .

The declaration of Covid -19 as a pandemic by W.H.O on March 11, has led to the suspension and entire cancellation of events including big award Ceremonies ,Concerts, Festivals and Movie Premieres due to health concerns .

Indeed the entertainment industry has suffered a huge setback from the efforts to stop Corona virus .
Currently Vodafone Ghana Music Awards is set to release a statement whether to postpone the event or hold a virtual VGMA Ceremony Online or better still Cancel the 21st VGMA entirely.