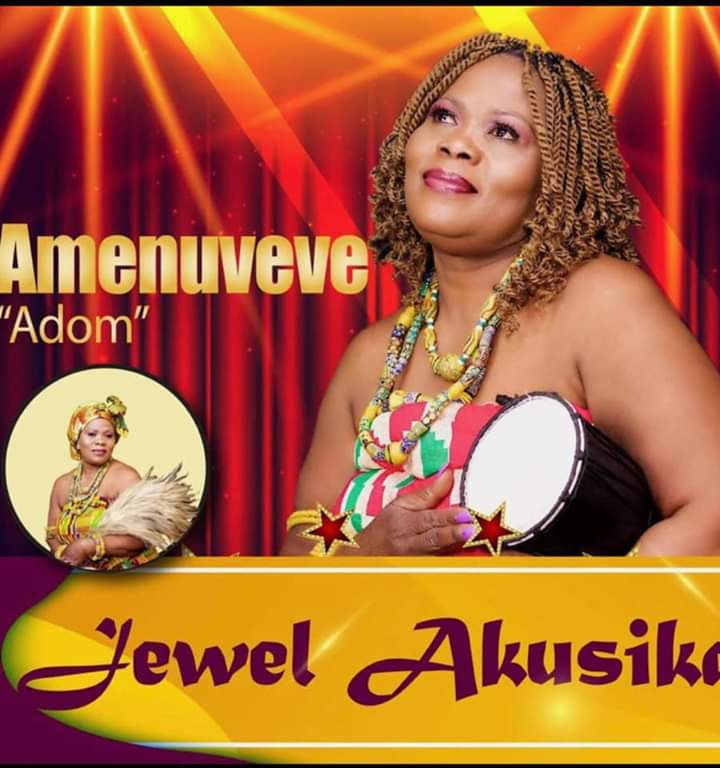 Ghanaian Gospel has been one of the most followed music genres in the country for quiet a number of years. The likes of Cecelia Marfo, Esther Smith, Tagoe Sisters etc have been great gospel influencers more than a decade now.

Until recently, Bible hymns were not so considered important aside from the normal songs. The emergence of Bethel Revival Choir has been a great inspiration for every music group after they won an award at the 3music Awards in 2019. Ahead of the biggest musical concert(VGMA), a US-based singer has also introduced her unique style of Gospel, blending the hymns with current urban gospel.

Known as Jewel Akushika, she has been a Ghanaian-US based citizen doing the most she can with her career. Akushika started her music career in 1990 with over 50 songs including her current one “Amenuveve”. One will argue that as a Voltarian you must find the path to school how was the case for Jewel? Well, as an individual, she has recorded quite a number of songs which she wants to release but due to education and work most of the songs were on hold until now. She educational ranks to become who she is today putting her music career on hold for the past 30yrs.

According to her, in an interview with Agbey Junior on Radio 1 FM Eastern Region, she revealed that she was only paid once for a show as an artist. And the proceeds were even used to sow seed in Christ’s ministry to help pave way for her success. She further acknowledged Bishop Agbey Jnr, Charles Eloh and Opara (the experience engineer) and Fredima (the sound engineering legend) for being a major pillar in her music career.

Ahead of her EP and albums to be released, she revealed that it is her intention to use her songs to win souls for Christ. Currently she is using social media to her advantage to promote her craft. Interestingly, she sings in four(4) different languages English, Ewe, Twi and Ga. Check her out below:

Follow this blog for more updates on such an amazing talent.