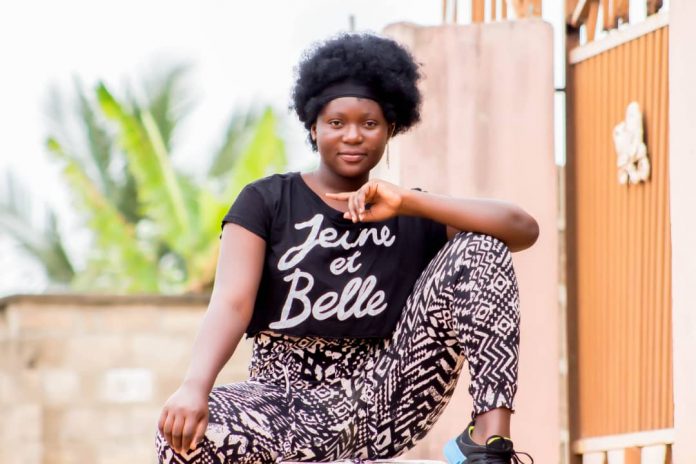 If Eno Barony Dares Beefing Me , I would reply – Euni Melo

Ghanaian top Dancehall Artiste Euni Melo has made a shocking revelation in an interview On Adoa TV yesterday which has rendered everybody speechless.

The Rude Gyal Chune crooner who has affirmed her support for the “beefing” game in the Ghanaian music industry when asked by the host , further highlighted that “But she only beef talented artistes and she has even initiated it among the upcoming female acts a year ago”.

She again explained that “beef” is a vital ingredient to revive the music interest and fun which goes along way to project or shoot up the artistes involved in it.

When asked whether she would beef the female rap act Eno Barony if she releases a diss song to her anytime in the near future , the “Hold Me Tight” singer stated emphatically that she would not hesitate to get on beef grounds with her.

Euni Melo also indicated that “Eno Barony is a talented act and the mother goddess of all female rappers in Ghana so it will be a privilege engaging in a beef with her”.

Watch the video of her interview below.

She has maiden “Melodies Concert and Album launch” coming up on the 31st of October , inside Kasoa -Amanfrom Yellow Pub.