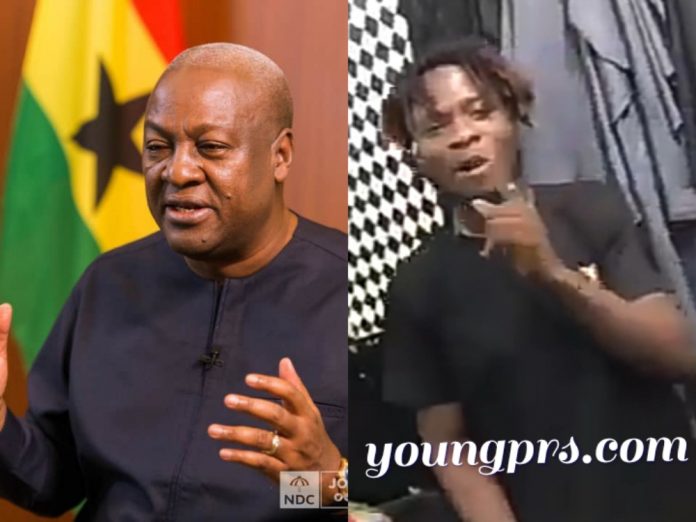 The election 2020 campaign atmosphere just set as a video of fast rising creative artiste freestyling a “Free” campaign song for the former President and NDC flag bearer John Dramani Mahama popped up on the internet.

The viral video details how Mahama will win the 2020 general elections without a competition due to the incompetence of Prez Nana Akuffo Addo’s government.

It goes on to list so many other failed missions , promises and deficiencies of the NPP Government and the buzz within this creative piece is what’s really driving Social media users crazy.

You can’t just ignore this viral video ,watch it here.

The brain behind this jam , according to sources is known under the stage name kojo bee of “C3” fame , an obuasi based rising act.

It’s likely that former Prez Manama might Use this song for his campaign.